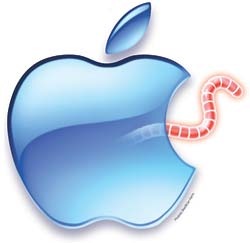 Since I have a Mac, I wanted to do some “Myth Busting” on the notion that Mac’s don’t need antivirus software.

According to the Apple website, Mac OS X has me covered.  Mac OS X has a multi-layered system of defenses against viruses and other malicious applications.  Apple responds to potential security threats with software updates.  Files downloaded in Safari, Mail and iChat are screened.  There is a preconfigured firewall and FileVault that lets me encrypt all the files in my home folder.  Safari contains anti phishing technology that protects me from fraud such as password theft.  Apple does advise that since no system can be 100% immune from every threat, antivirus software may offer additional protection.

Antivirusmac.com supports Apple’s advise to be safe rather than sorry.  Popularity has given hackers reason to write malicious code in the form of Mac related spyware and viruses.  According to Antivirusmac.com, there are 5000 confirmed strains of malware that target Mac and that number increases by 500 a month.

The editor’s at CNET Download.com, don’t really think antivirus software on a Mac is necessary.  “Arguably, the best anti-virus software for the Mac is already on your machine: the Mac OS itself, with its secure, Unix-based architecture and relative obscurity compared to Windows. There has never been a major virus or malicious software outbreak for OS X, so any antivirus app is of questionable usefulness–but iAntiVirus can provide some free peace of mind for anyone worried about future threats.”

I guess the conclusion is,  it’s really up to me.  Do I want to take the chance that my Mac’s security features will keep me safe or do I want that extra peace of mind?  I will have to think about it as should any Mac owner.  If extra peace of mind is what you prefer, Antivirusmac.com gives the highest rating, 5 out of 5 stars, to Norton Antivirus 11 for Mac that runs $49.95 for one year.  CNET Download.com gives 4 out of 5 stars to iAntiVirus that’s free.  Since it seems the threat is minimal and economic times are hard for us all, I think I may opt for the free software.