2011: The Year of the Tablet Computer

Home / Uncategorized / 2011: The Year of the Tablet Computer
Tweet
Pin It 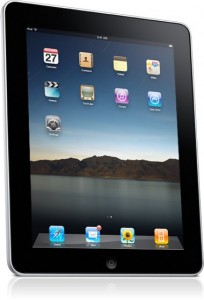 Mark Mason, CEO of Mubaloo – the largest mobile application developer in the UK, said, “2011 is already proving to be the year of the tablet computer. The influence of tablets on our lives and businesses is only going to grow.  Have no doubt; the tablet market is going to be huge.”  According to IDC research, we can expect to see 42 million tablet sales in 2011.  All Things Digital is saying tablet sales will more than triple this year compared to 2010.

The Consumer Electronics Show kicks off this week in Las Vegas.  Most predict there will be 80 tablets from HP, ASUS, RIM, Toshiba, Dell,  Blackberry and more.   Apple’s iPad is about to be 1 year old so we may see a second generation iPad out soon but we won’t see it at the CES.  Apple likes to keep new releases a surprise.